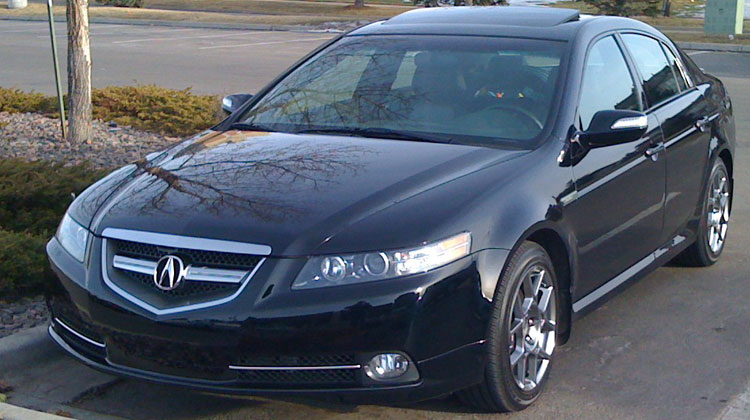 I’ve owned two Acura TL’s in the past 5 years and both were great cars and totally cool. With their four doors and large trunks they are also very practical. That’s why I call them practically cool. Not that they almost cool.

My 2008 TL Type S had aggressive styling with futuristic color matched rims. Friends would tell me it looked like Night Rider… Didn’t quite see it, but it was a “dark” car. Black on Black. The interior was a technology geek’s dream as it had every gadget under the sun. From bluetooth phone to USB audio interface I was set. It did have one confusing accessory… a tape deck. I actually received joke about it. People asking where the 8 track was hidden. So Acura was slow to update the stereo, but it sounded great with the DVD Audio and surround sound.

The only modifications I made to my 2008 TL during the two years I owned it was to the exhaust system. I really wanted to be able to hear the car, but I just couldn’t hear the stock exhaust. Don’t get me wrong it looked great with the quad exhaust tips, but it needed work. After doing a bunch of research, and watching 50 YouTube videos with examples modified TL exhaust, I decided to cut out the mid muffler. It was a simple $40 job for a local muffler shop, and boy did it make a difference. Under hard acceleration it sounded sublime, and when VTEC kicked in… WOW. It showed me that you don’t have to spend a ton of money to alter your exhaust note.

Exhaust Note: Muted without modification, somewhat exotic if opened up

Own or Rent: Own it if you have a family

Towing Capacity: Sure you can… but why would you.

2. Would we want to own it? Yes, Great daily driver

3. What’s the type of person that drives it? Jocks and Geeks

4. How do owners drive the car? Do they cut people off and weave through traffic?  Some more aggressive than others.